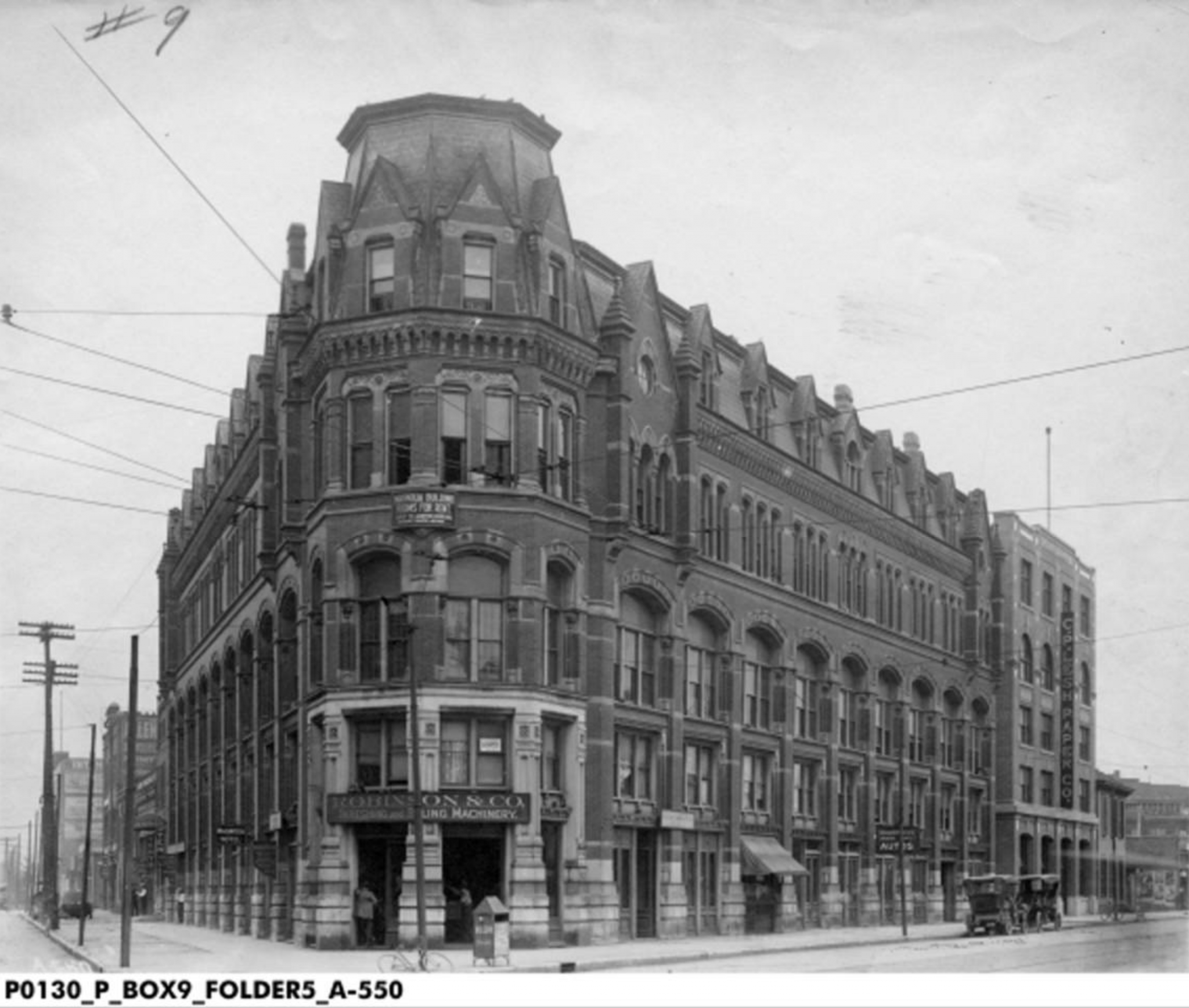 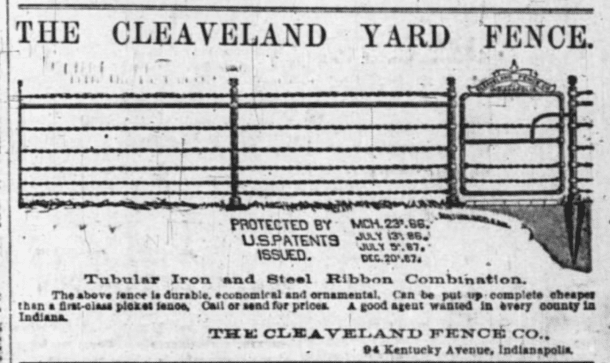 It was May 1875 when John B. Cleaveland filed for a building permit for a new five-story brick structure at the intersection of Maryland, Kentucky, and Tennessee (now Capitol), estimating the cost at $60,000. In June 1875, William Ballard won the contract to build the “Cleaveland Block.” Cleaveland was born in 1826 in Quebec City, Canada and he came to Indianapolis in 1864. Cleaveland went into the real estate business with John S. Spann. A few years later, he patented a couple of novel iron fence designs that became popular in Indianapolis and elsewhere.

Ads and endorsements appeared for “Cleaveland Yard Fence,” used in front of prestigious homes on Meridian Street. In 1889 the homes of A. B. Gates, and later J. H. Clark were noted specifically and another notice said the fence was “going up in every part of the city. It is self-supporting, has no unsightly braces, and does not hide the beauty it encloses.” The fencing was manufactured at 20-22 Biddle Street, “three squares south of the Massachusetts Avenue depot.” 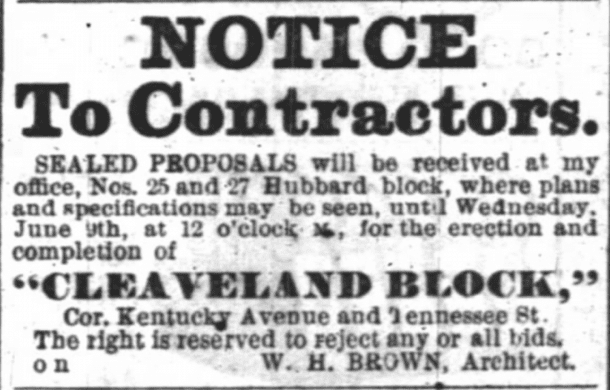 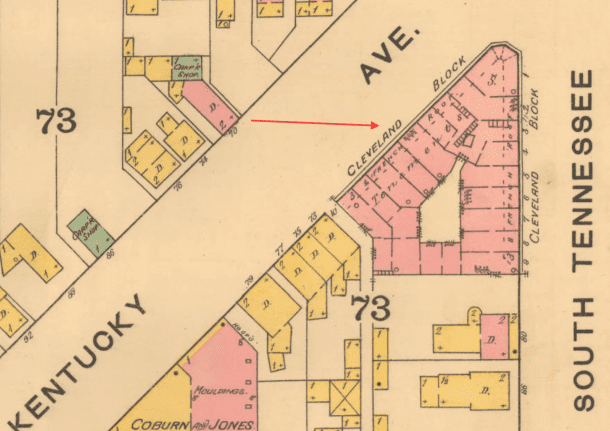 The Cleaveland Block was designed by William Henry Brown, the same architect who designed another beautiful flat iron building at the intersection of Virginia Avenue, Washington and Pennsylvania streets: the Vance Block, a. k. a. Indiana Trust Company Building. Brown was a Lawrenceburg native who moved to Indianapolis at age 17. His father was a contractor, which likely inspired his interest in architecture. While studying architecture, the Civil War broke out and he entered military service. He returned his study after the war’s conclusion. Years later, he was president of the Brown-Ketcham Iron Works, secretary of Colonnade Realty Company, for which he designed the Colonnade Apartments, among others. He also designed the Masonic Temple on the southeast corner of Washington and Captiol (Tennessee), which preceded the one that still stands on Illinois Street. His obituary says he built the very first double in Indianapolis–also on Illinois street. 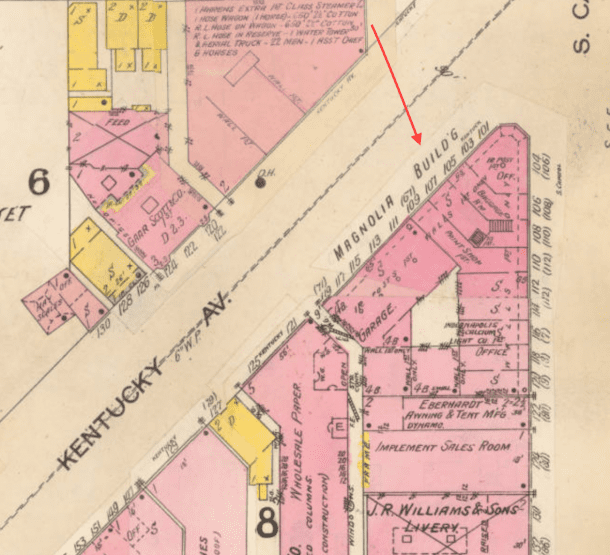 The rental units were fairly filled in 1878, and noteworthy among the business tenants, attorney and future vice-president, Charles W. Fairbanks who had offices there for a few years. The agency of Western Assurance Company of Toronto moved into the building in 1879. In March 1882, the Indiana, Bloomington & Western Railroad office which had been in the building since July 1876 vacated the Cleaveland block; plans were announced that the building would be converted into a hotel and boarding house. 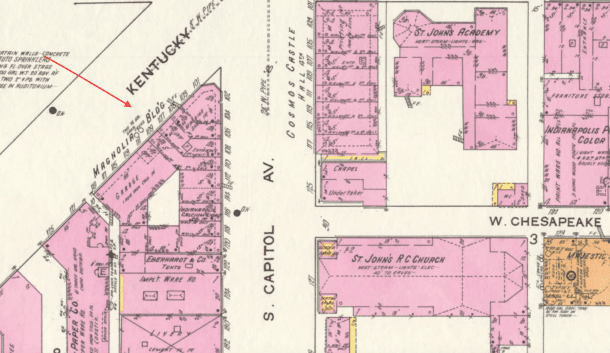 In 1901, the building was sold to (Michael H. Spades for $37,500. This appears to be when the building’s name was changed to “The Magnolia.” It was remodeled within a few years leaving the building with 136 apartments in addition to the commercial space. As with most commercial spaces, many businesses came and went. One early member of the automobile industry, the “Indianapolis Motor Car Company” established its first sales room here in 1907, where they represented the Dragon and Logan cars, while also working on models of their own. 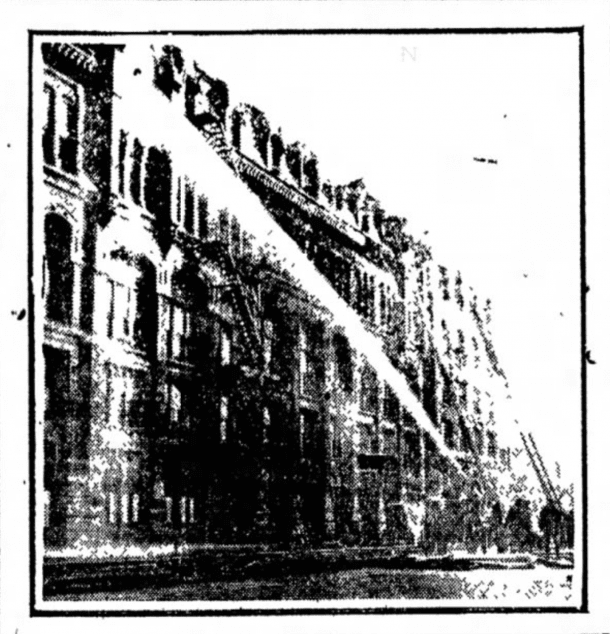 In 1916, the building suffered a large fire that started in the attic, causing $30,000-35,000 worth of damage to the building and its contents. Renters on lower floors chucked some of their belongings out the window in an attempt to salvage them. Just over a year after that fire, at the end of 1917, Michael Spades’ son, Myron, sold the building to David M. Kitselman for $80,000. It was at this time, the name of the building was changed to the Columbia Building. Through the 1920s, the Betsy Ross candy shop was in the building and in 1929, the Goldsmith Brothers started a new drug store business, after selling their prior drug store venture to a chain called Walgreen Drug Company. There are countless stories of lives and businesses that touched this building. 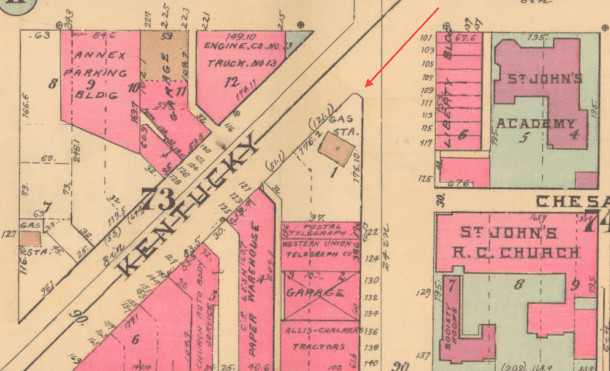 In October 1939, businesses were vacating the premises so the building could be razed and replaced with a parking lot and filling station. Today, its grave is somewhere under the vast convention center. 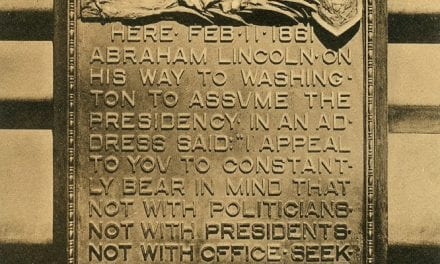